For the first time in school history, the Cumberland County Lady Panther golf team are the Fourth Region All A Tournament champions. The tournament was held at Dale Hollow Lake State Park August 23.

Kenzie Willen and Keagan Walden both shot a 40 for the tournament, Madi Cooksey and Bella Wright a 51, and Emma Craft a 53. The teams total was 182. Willen, Walden, Cooksey, and Craft now have 2 Fourth Region All A Championships under their belt as they all were members of the girls basketball team that won the title last season.

The Lady Panthers , under Coach Rian Craft, are having a extraordinary season and have only lost one match and it was just by one stroke. The team will advance to the state tournament that will be held in Richmond on September 10 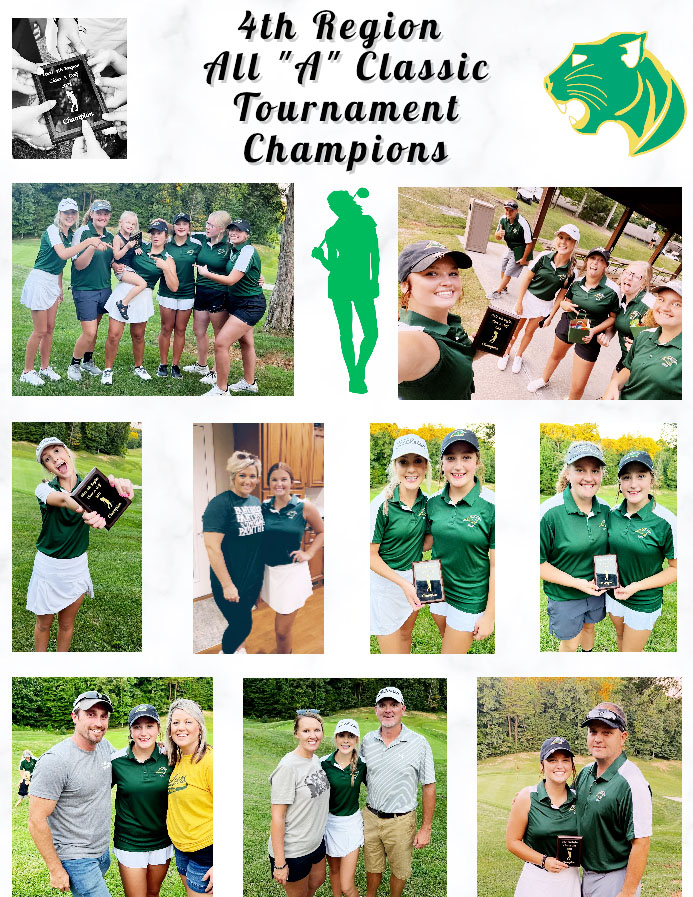